Microsoft has recently announced that their Remote Desktop v8 app will be deprecated and no longer available for download on the Mac app store as of September 1, 2018.   Click here to view the announcement.

The app will appear with the following banner as of August 10, 2018: 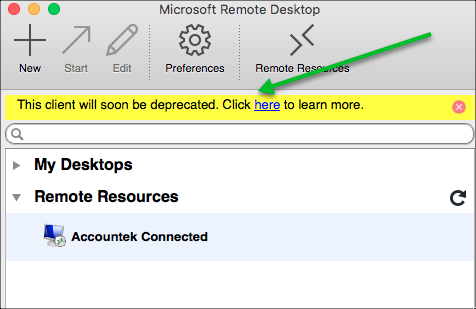 NOTE:  Before starting this process, please ensure you have your user name and password for the Connected on Demand remote connection

1) Download the Microsoft Remote Desktop 10 from the Mac app store. 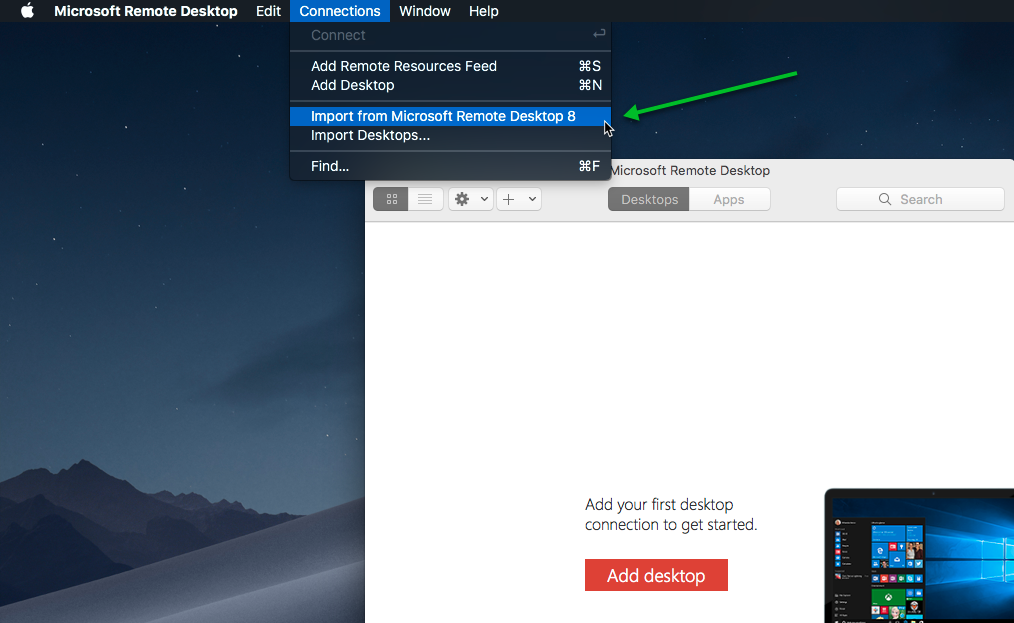 4) The following message will appear when the import is completed:

Did you find it helpful? Yes No

Send feedback
Sorry we couldn't be helpful. Help us improve this article with your feedback.